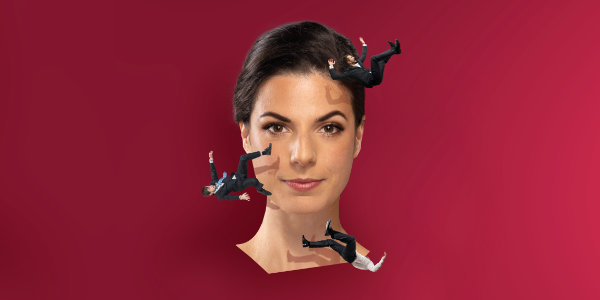 The opera opens on the morning of Figaro (Jeremy Kleeman and Timothy Newton) and Susanna’s (Sofia Troncoso and Katie Stenzel) wedding day but their boss, the Count (Jose Carb and Shaun Brown), wants Susanna for himself.

And so begins one of the greatest love stories ever told.

“Our new production sets the story in a time where what was understood as power is crumbling as a new world emerges,” Nolan said. “It could be 1786, or is it 2021?”

“The chaos and madness of recent world events in many respects epitomise Mozart’s depiction of a dysfunctional society that can no longer hold itself together. As a composer Mozart had a profound understanding of how music can illuminate a story for maximum dramatic and comedic tension.

“Our role as modern interpreters of the classics is to spark conversations about the relevance of the story to the here and now and The Marriage of Figaro holds a mirror to our most burning issues in 2021.”

This marks the second time Nolan has directed Mozart’s masterpiece – the first time almost 20 years ago for Sydney Conservatorium – and he is excited by how the art form has developed since staging his first Figaro wedding.

“This is the opera that changed the direction of the art form. When it premiered in 1786 audiences were intrigued as they watched real people wrestling with feelings of desire, betrayal, remorse, unbridled lust…feelings they knew well themselves,” Nolan said.

“For this new production, we’ve got an ensemble of exceptional singers who can also act and will really lean into the drama of the piece.

“That is key to Figaro’s enduring legacy. Opera up until that point in time centred on epic narratives about inaccessible characters – gods, demigods, mythical creatures and the like.

“In Figaro, Mozart and librettist Lorenzo Da Ponte introduced us to a unique musical language that is driven by the drama of the story.”

Following Opera Queensland’s politically charged contemporary season opener Lorelei and Are You Lonesome Tonight, its celebration of country music and opera currently wowing audiences across regional Queensland, Nolan is looking forward to a big, boisterous retelling of a classic.

“There’s a reason The Marriage of Figaro remains one of history’s most enduring operas and one of the world’s most performed,” Nolan said.

“Mozart serves up the comedy of Fawlty Towers, the Italian energy of La Dolce Vita and the emotional potency and epic drama of The Sopranos. What’s not to love?”